THE HISTORY OF SWITZERLAND AT A GLANCE…

It is customary to consider 1 August 1291 as the date of birth of modern Switzerland with the alliance pact signed on the Grutli meadow by the representatives of the three alpine communities of Uri, Schwyz and Nidwalden which will become the three primitive cantons. The alliance pact provided for the rejection of all judges and all laws imposed by the then external power represented by the Habsburgs with the figure of Rudolf I of Habsburg. But to understand this event it is necessary to know the previous eras, which were decisive for the formation of the country as we see it today. The first inhabitants of the area that today corresponds to Switzerland belonged to Celtic tribes including that of the Helvetians, who settled in the fertile plain between the Alps and the Jura, and that of the Reti settled in the area of today's Canton of Grisons. These lands were later invaded by the Romans who in 58 BC. they created an outpost in the country and later established their capital in Aventicum, today's Avenches in the Canton of Vaud. The Romans gave their new province the name of Helvezia and maintained control of it until 400 AC, when they were removed from the Germanic tribe of the Alemanni. These settled in eastern Switzerland and were later joined by the Burgundians who went to occupy the western part of the country. The Burgundians converted to Christianity and adopted the Latin language, thus laying the foundations for the linguistic division between French-speaking Switzerland and German-speaking Switzerland. Around 600 AC, the Alemanni and Burgundians were conquered by the Franks who incorporated them into their empire, first under the Merovingian kings and then under the Carolingians. With the empire of Charlemagne, Christianity spread widely and, consequently, the phenomenon of feudalism: the local noble warriors took control of a rural society made up of lords, vassals and peasants. In the 11th and 12th centuries, noble dynasties founded the cities of Bern, Friborg and Winterthur. After the annexation to the Holy Roman Empire in 1032, reunified Switzerland enjoyed a certain autonomy until Rudolf I of Habsburg, who took the imperial throne in 1273, charged his officials to increase the tax burden on the Swiss population; discontent then began to manifest itself. In 1291, the death of Emperor Rudolph I caused a period of instability and led some communities to join forces, giving life to the legendary foundation of the Swiss Confederation on the Grutli meadow. The legend of William Tell set in this era was born as an expression of the concept of Swiss freedom. In 1315 Duke Leopold I of Austria sent the powerful Habsburg army to quell the growing Swiss nationalism, but instead of succumbing, the Swiss inflicted a defeat on Leopoldo's troops in the locality of Morganten: it was the first of a series of victories over the imperial invaders. The next 200 years of history saw territorial annexations and new adhesions to the confederation. The primitive cantons of the union were gradually joined by those of Lucerne, Zurich, Zug, Glarus, Bern, Friborg, Solothurn, Basel, Schaffhausen and Appenzell. In 1499, following a victory in Dornach, near the Rhine, the Confederation gained independence from the Holy Roman Empire. Swiss neutrality was born as a reaction to a military defeat, during an expansionist campaign towards northern Italy: in 1515 the Swiss army was defeated in Marignano by a Franco-Venetian coalition. After this bloody battle, the Swiss withdrew from the international stage and declared their neutrality for the first time. When the Thirty Years War broke out in Europe (1618/1648), Switzerland's condition of neutrality and its particular political situation helped to ensure a certain internal tranquility. The Protestant Reformation began to penetrate in Zurich with the preacher Huldrych Zwingli and in Geneva with the work of John Calvin, while central Switzerland remained largely Catholic. The result was such a profound division that it led the Swiss to keep out of the war while remaining faithful to their neutrality. In 1798 the Napoleonic French forces entered Switzerland, Napoleon proclaimed the birth of the Helvetic Republic, eliminated the subdivision into Cantons by assigning central power to a five-man executive; this entity would have had a short life because already in 1803 internal clashes pushed Napoleon to restore the cantonal federal system. It was on this occasion that the cantons of Aargau, St. Gallen, Grisons, Ticino, Thurgau and Vaud joined the Confederation. After the Napoleonic defeat of Waterloo, the Congress of Vienna in 1815 formally recognized Swiss neutrality and sanctioned the annexation of the cantons of Valais, Geneva and Neuchatel. In 1847 a civil war broke out in the country: the Protestant army led by General Dufour defeated the Catholic cantons, including that of Lucerne which had formed a separatist league called Sonderbund, the war lasted just 26 days. The resulting unrest was reason enough for a new Federal Constitution to be drawn up in 1848 and Bern to be proclaimed the country's capital. The Constitution, largely still in force today, sanctioned the birth of a central government with a directly elected bicameral parliament.

THE ELVETIC CONFEDERATION AT A GLANCE... Switzerland is a country of small size, just over 41,000 square km with a population of 8.6 million people, a quarter of whom do not have a Swiss passport. More than half of foreigners were born or have lived in Switzerland for at least ten years and most of them come from EU countries. It is a multilingual country; the national languages are German for 62%, French for 23%, Italian for 8% and Romansh for 0.5%. 25% of the population also speaks another main language, many are therefore bilingual. 66% of the population belongs to a Christian denomination and 26% defines themselves as nondenominational, but the latter percentage has been increasing for years. The religious landscape is changing, the two main Christian institutions, the Roman Catholic Church and the Reformed Evangelical Church, are losing weight. Switzerland is a federalist state within which power is divided between the Confederation, Cantons and Municipalities. The cantons and municipalities have ample room for maneuver in fulfilling their tasks. Since 1848, Switzerland has been a federal state, also known as a Confederation: the tasks of the Confederation are defined in the Federal Constitution. These include foreign relations, national defense, the network of national roads and nuclear energy. The National Council and the Council of States form the federal parlament; the federal government is made up of seven councilors, while the federal court contributes to the evolution of national law with its jurisprudence. Among other things, the Confederation is financed by direct federal tax which represents 31% of its revenues. The confederation is made up of 26 cantons. Each canton has its own government, its own courts and its own constitution, which cannot be in conflict with the federal constitution. The cantons implement the requirements of the Confederation while planning their activities according to their needs. They enjoy a lot of room for maneuver, for example, in the education and hospital sectors, as well as in the culture and police sectors. Each canton finances itself by collecting cantonal taxes. The 26 cantons are divided into 2172 municipalities. The competence to divide the tasks between the canton and its municipalities rests with the canton itself. Municipal tasks include the local arrangement of the territory, the management of schools, assistance and firefighters. The larger municipalities have parliaments and popular votes, while in the smaller municipalities the citizens decide on political projects in the municipal assemblies. Each municipality collects municipal taxes. Switzerland is a neutral country that establishes links with the whole world: it is linked to the European Union by bilateral agreements, while it joins the United Nations and other organizations as a member. In Geneva, experts and politicians from Switzerland and abroad meet to make international collaboration concrete. Switzerland cannot participate in armed conflicts or alliances. Its neutrality is recognized all over the world. In the event of a conflict, Switzerland always assumes the role of mediator or protective power. Sources: la confederazione in breve edizione 2021, Parlament.ch

GUGLIELMO TELL: LEGENDS AND REALITY As often happens to medieval heroes, even the character of William Tell is shrouded in legend and mystery, in fact there is no evidence on the historicity of this "national hero" even if his story is linked to the birth of the first Swiss Confederation on 1 August of 1291. Legend tells that the Tell family lived in Burglen, in the Canton of Uri, where Guglielmo and his family lived mostly hunting. Very skilled in this activity, William Tell distinguished himself from other hunters for his skill in the use of the crossbow, a throwing weapon consisting of a wooden bow. According to legend, in 1307 the local administrator of the assets of the Habsburg family, Bolivo Gessler, had the "Imperial Cap" erected in the lands of the Empire. This symbol of authority therefore appeared in the main Swiss squares, in front of which all passers-by had to bow, under penalty of confiscation of all material assets and the risk of death sentence for the crime of lese majesty. William Tell, passing through the main square of Burglen, deliberately committed this mistake: he did not bow in front of the Habsburg hair. He was then sued and had to appear before a public court set up in the square and chaired by Gessler. Our hero was sentenced to death, but Gessler proposed an exchange: he could have saved his life if, given his skill with arrows and crossbow, he was able to hit an apple placed on the head of his son. Tell obviously accepted the challenge and succeeded in the enterprise: he hit the apple with a single arrow but a second arrow was found, hidden in his jacket, destined to kill the Bolivo in case the test failed. Gessler's wrath led to the incarceration of William, who was immediately arrested and taken to the Kussnacht prison, built on an islet in the middle of Lake Zug. Suddenly, during the crossing, a storm hit the lake and Tell, a skilled helmsman as well as a skilled crossbowman, convinced his captors to free him so that he could help them to rescue the boat. In a few moments Guglielmo brought the boat to the shore of the lake, taking advantage of it to escape the guards. For three days he hid in the woods surrounding the lake, and on the third day, stationed along the road leading to Zurich, he had the opportunity to kill Gessler and did not let it escape. The legend goes on to tell how the Swiss peoples, who learned of Tell's exploits, rose up against the Habsburg administrators, freeing Switzerland from the Emperors in 1315. Tell is said to have taken part in the final battle against the Habsburg army near Morganten. Faithful to the legend that saw him as a symbol of rebellion against power in defense of the Swiss people, it is said that William Tell died in 1354 in an attempt to save a child who fell into the waters of the Schachen in flood. The story of William Tell was then dusted off during Romanticism as a symbol of the struggle for personal and political freedom thanks to Friedrich von Schiller with his play Wilhel Tell of 1804, and to Gioacchino Rossini with the opera William Tell of 1829. 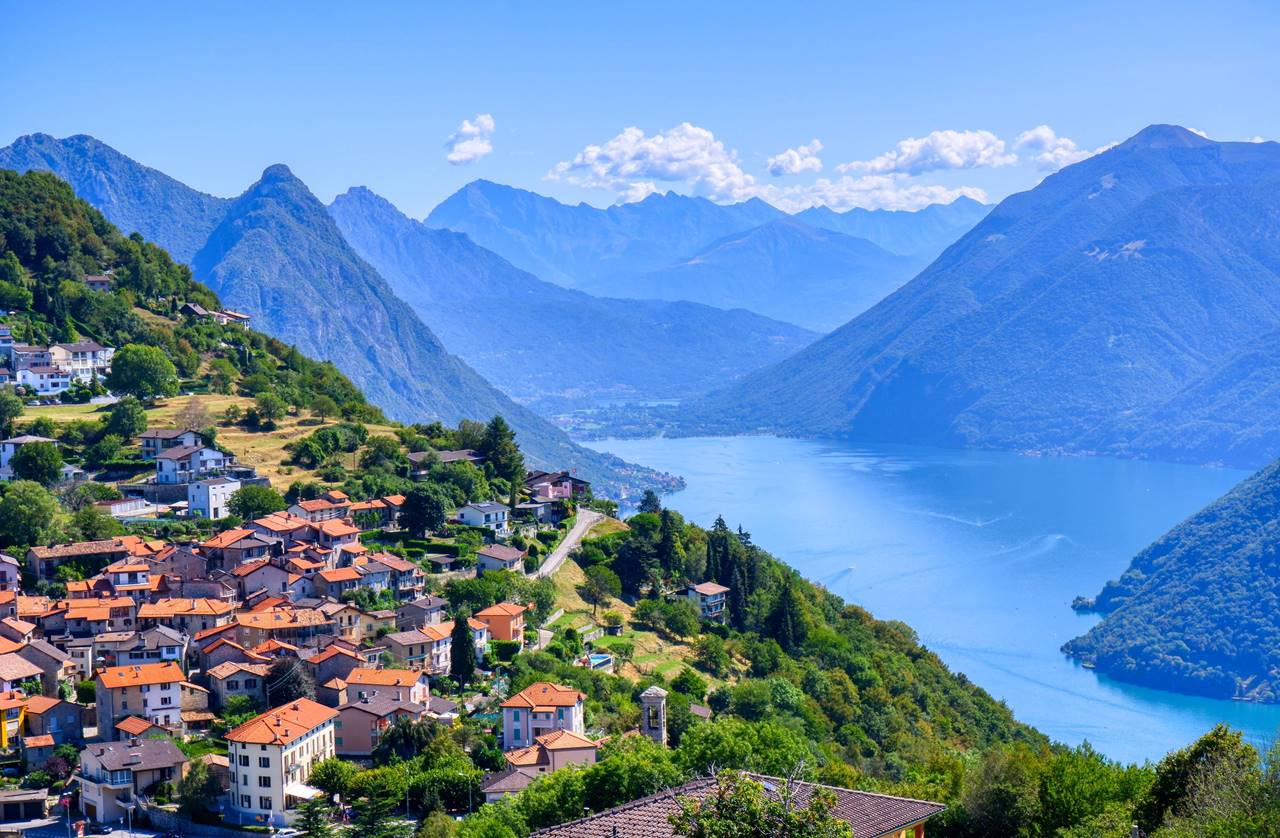 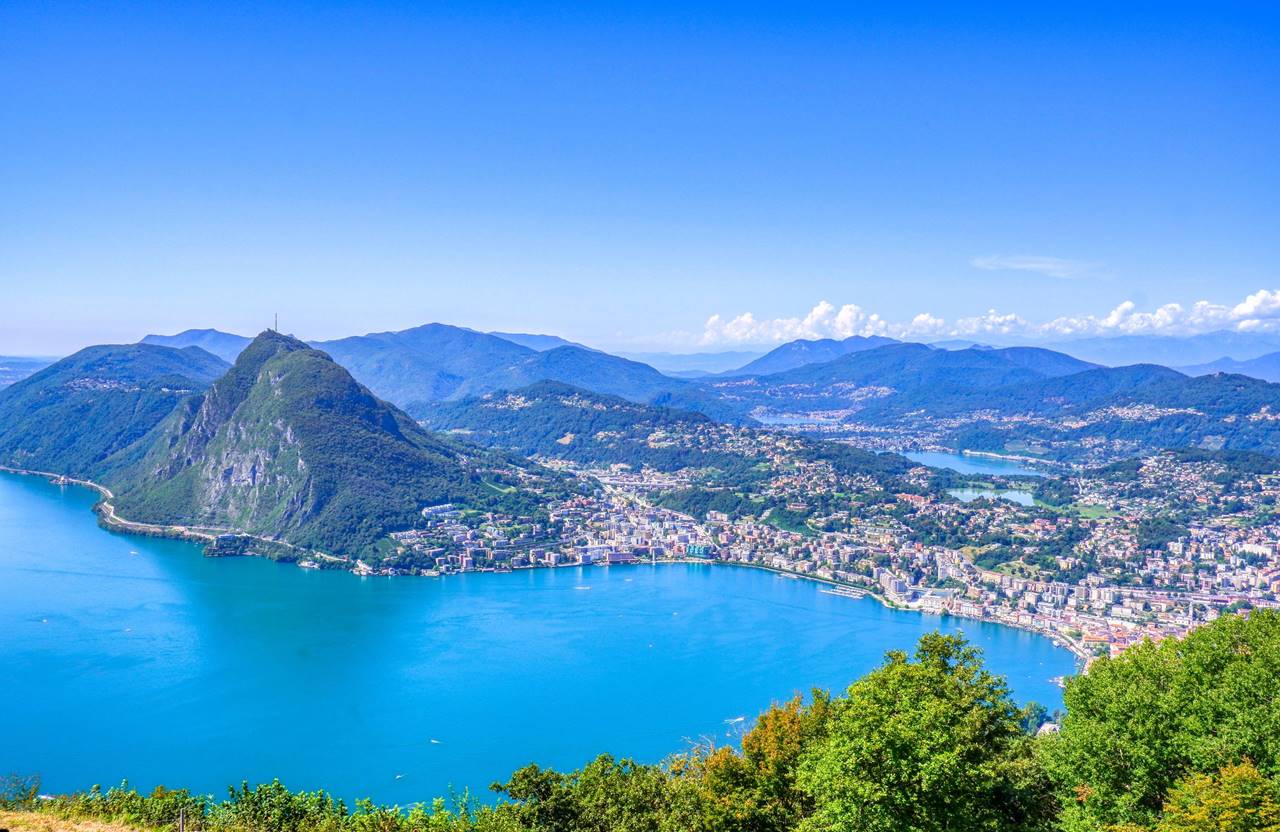 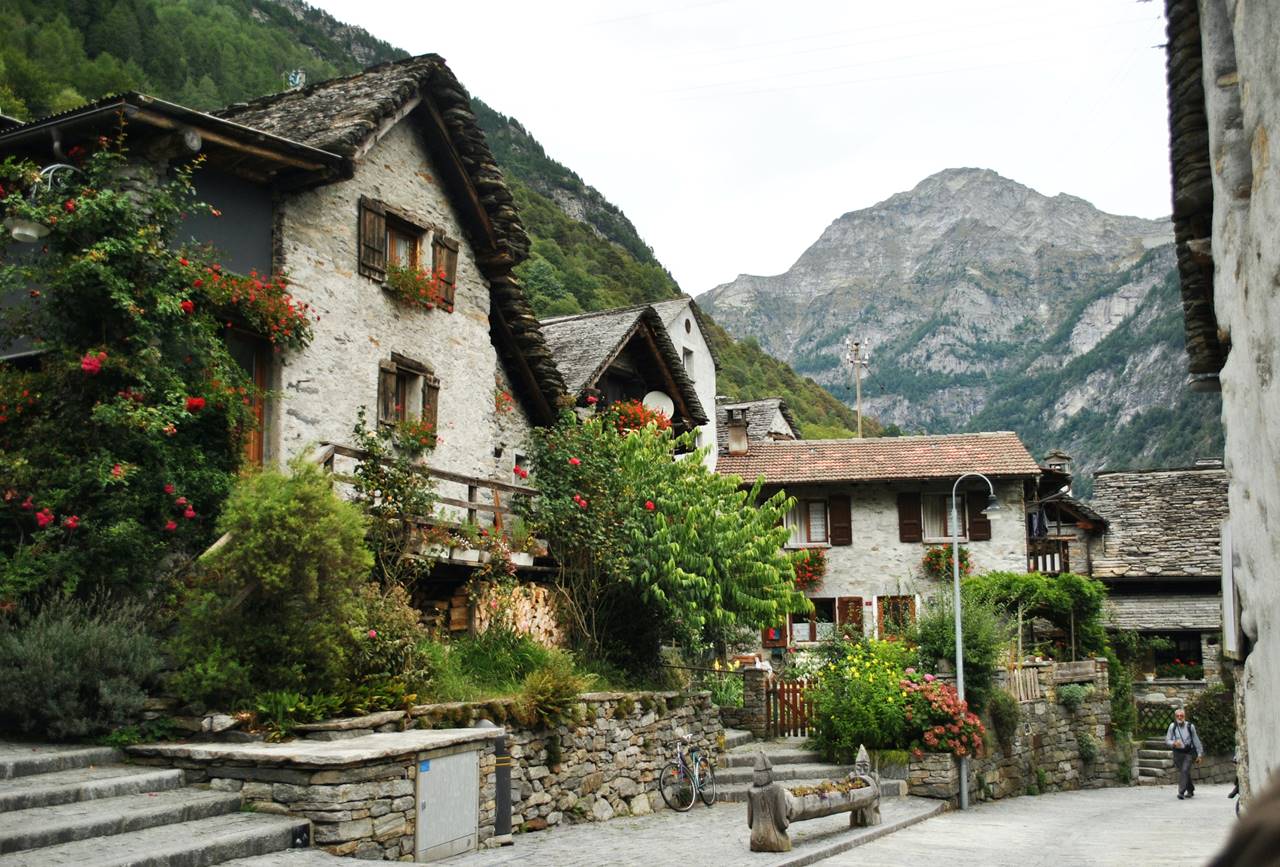 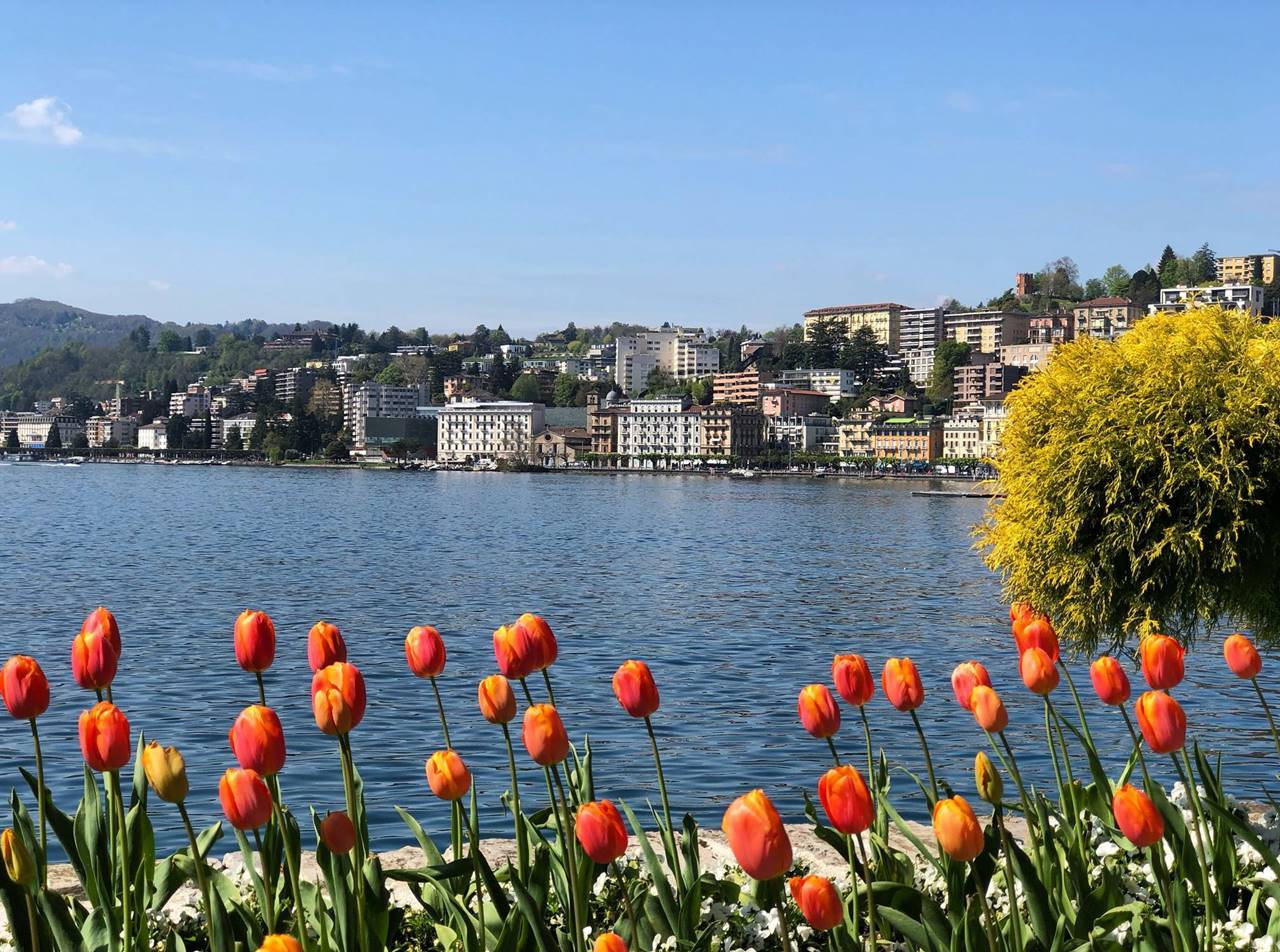 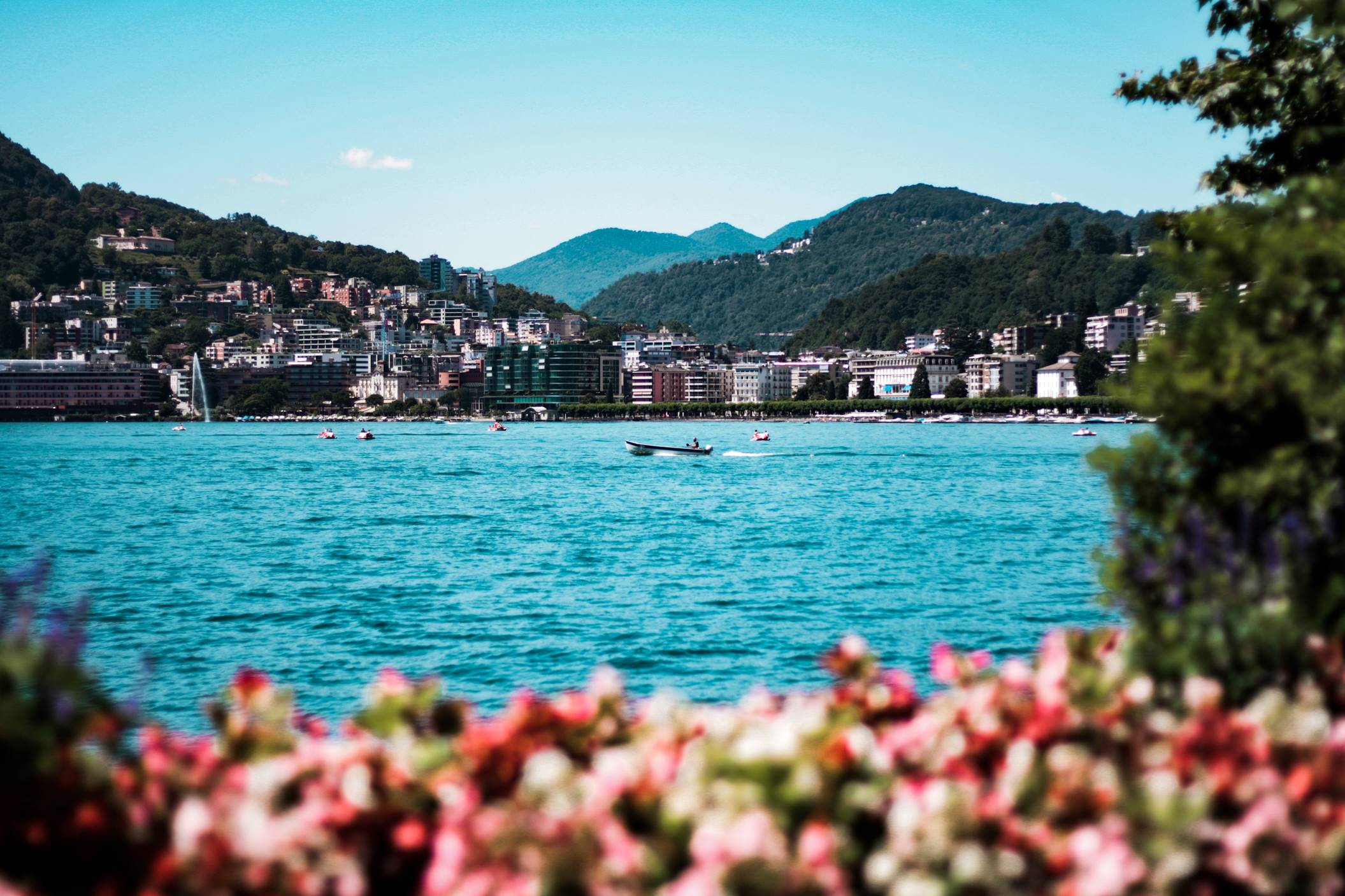 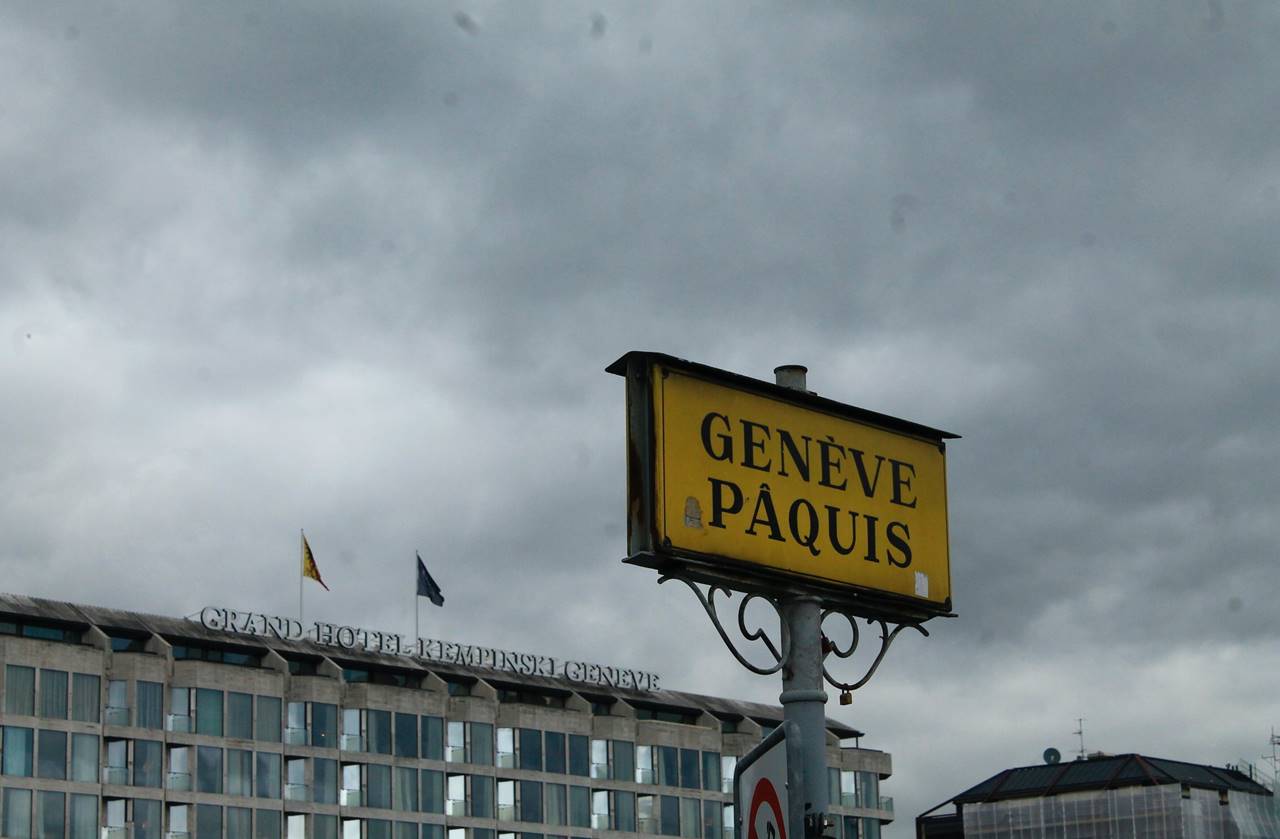