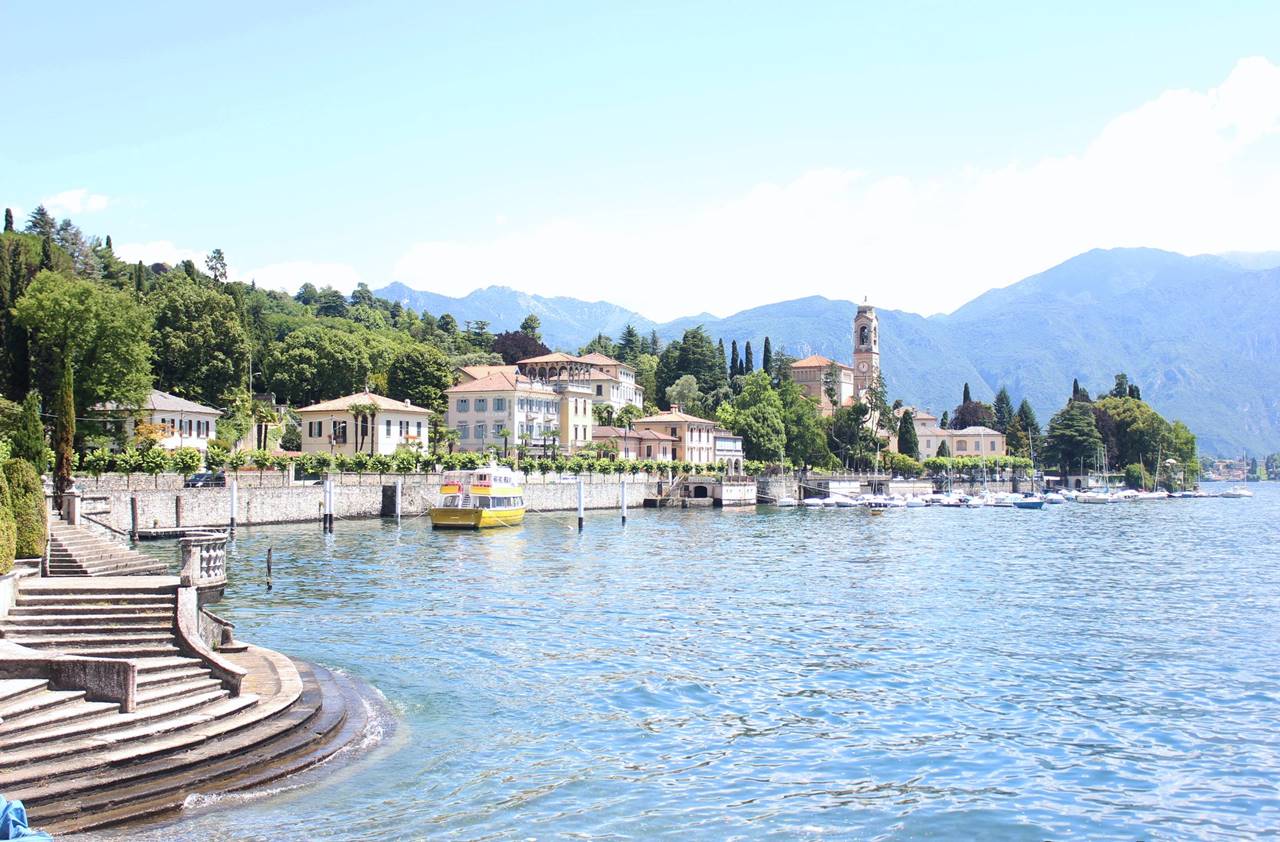 With a certain emphasis, Lake Como, or Lario, is sometimes defined as the most beautiful lake in the world for the variety of views, for the famous villas, for the splendid gardens that overflow with wisteria and azaleas, but also for the pleasant beauty of the small villages along its banks. And if Ugo Foscolo and Lord Byron once faced the balconies of the villas, Gioacchino Rossini and Giuseppe Verdi found inspiration for their famous works and Alessandro Manzoni and Giuseppe Mazzini stayed in the small villages, today the great VIPs of the spectacle, so much so that vip watching has become one of the favorite activities of the inhabitants and visitors of the area. The lake extends over the provinces of Como and Lecco, is among the most important in Lombardy, has a characteristic inverted Y shape, spread over three branches: that of Como to the west, that of Lecco to the east and the Alto Lario towards north. At the meeting point of the three branches of the lake is Bellagio, known throughout the world not only for its enchanting location, but also for its villas. One of the most famous is Villa Serbelloni, an eighteenth-century mansion built on the ruins of a previous castle, today it is a prestigious Grand Hotel owned by the Rockefeller Foundation of New York. Villa Melzi d'Eril, an artistic and botanical jewel, was built in the early nineteenth century in a neoclassical style. The historic center of Bellagio is a maze of narrow lanes with steps and arcades that lead to the canopy of the pier in perfect Liberty style. The main square is the Church of San Giacomo, a wonderful example of Romanesque-Lombard art built between 1075 and 1125 by the Comacini Masters. The best way to discover and admire the beauties of the lake is to navigate its waters aboard a traditional boat, in a few hours it is possible to reach Varenna, formerly a small fishing village with its picturesque alleys, colorful houses and its famous Passeggiata degli Innamorati (walk of lovers): a walkway overlooking the lake covered with fragrant climbing plants that connects the pier area to the center; Cernobbio, where the sixteenth-century Villa D’Este stands; Ossuccio, famous for the spectacular Comacina Island, the only island on the lake, and for the Sacro Monte di Osuccio, recognized by Unesco in 2003 as a World Heritage Site; again Tremezzo and its Villa Carlotta with its flowered terraced gardens and the Museum which houses works by Canova, Thorvaldsen and Hayez. Still navigating, it is possible to reach the Olgiasca peninsula on the extreme tip of the Lario and dedicate oneself to visiting the Abbey of Piona, a typical building of Comacine art in exposed squared stone that is a rare jewel of Romanesque architecture in Lombardy. Here the visitor is greeted by a deep sense of serenity and peace, the same enjoyed by the Cistercian monks who still live there. Finally, Lake Como is the city of Como with its splendid Duomo, with its illustrious character Alessandro Volta, with its elegant lakeside promenade, with its famous silk factories; is the city of Lecco: where the lake ceases to be such and the Adda begins again on its journey towards the Mediterranean, Lecco is a Manzoni place, it is "... That branch of Lake Como, which turns towards noon, between two uninterrupted chains of mountains, all in breasts and gulfs, depending on how they protrude and return, almost suddenly shrink, and take the course and shape of the river, between a promontory on the right, and a broad coastline from other party; and the bridge, which joins the two banks there, seems to make this transformation even more sensitive to the eye, and marks the point where the lake ceases and the Adda begins again... " 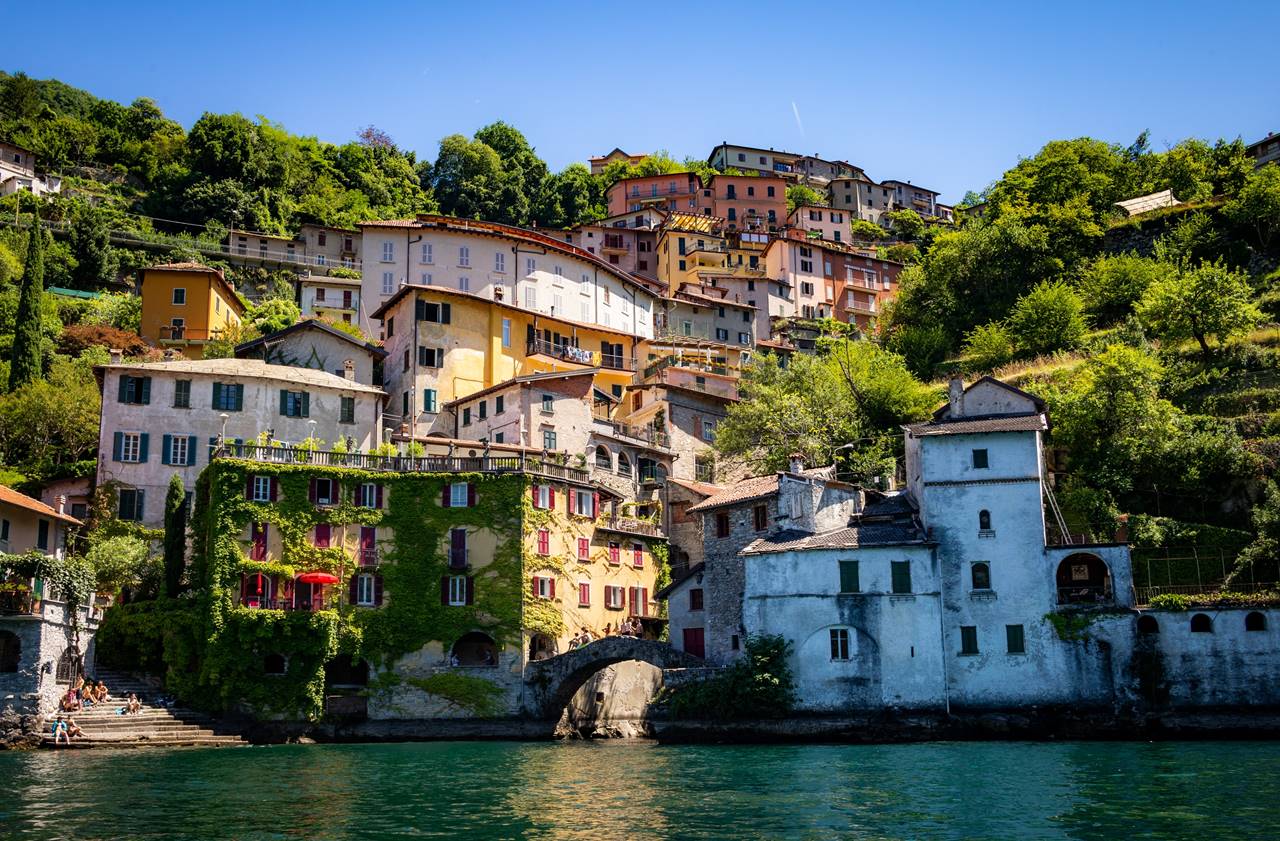 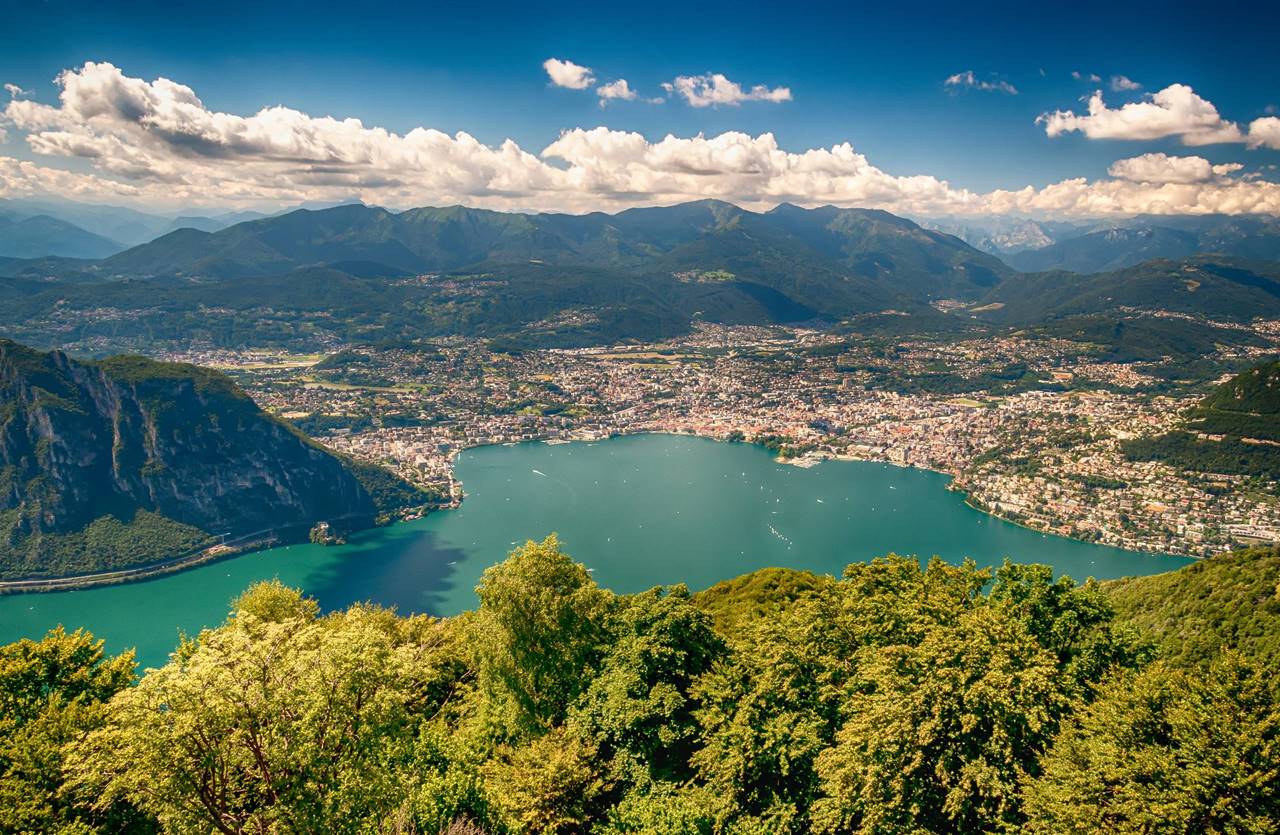 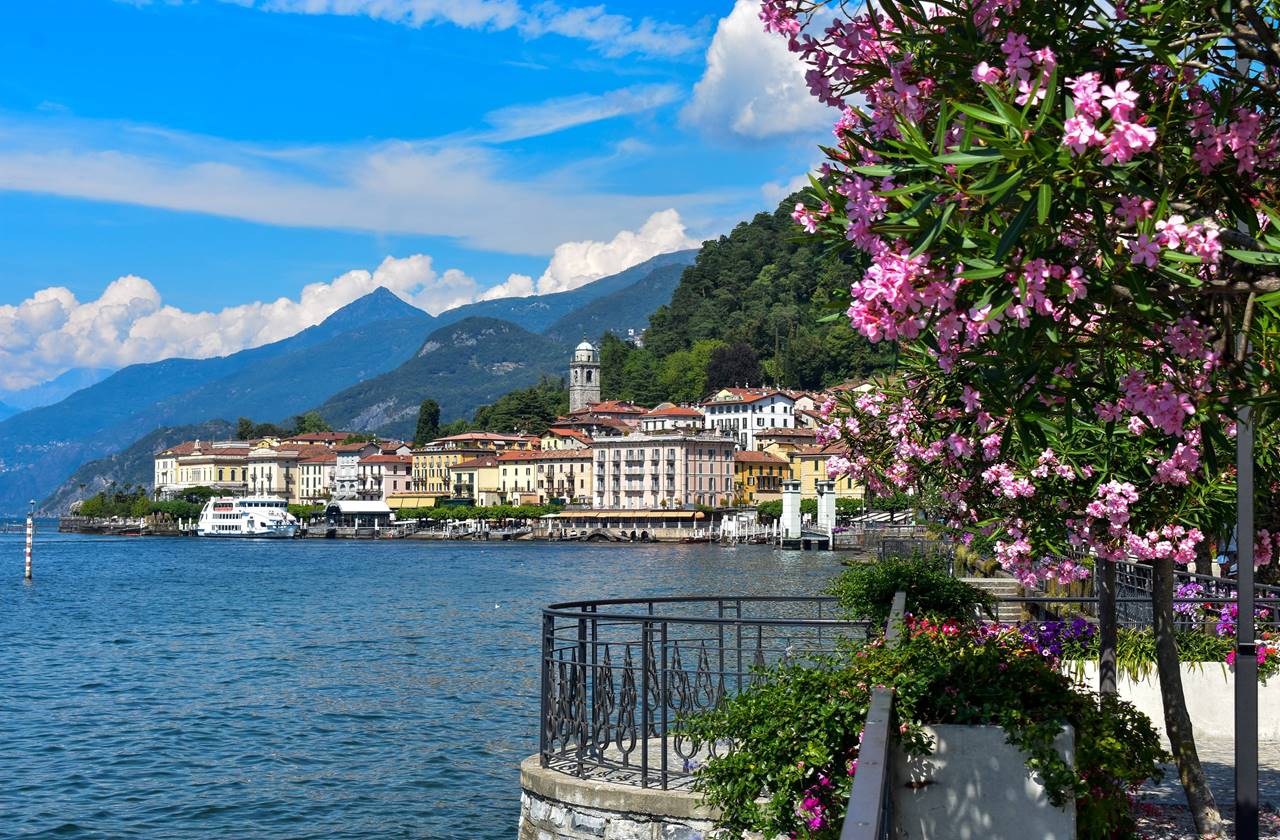 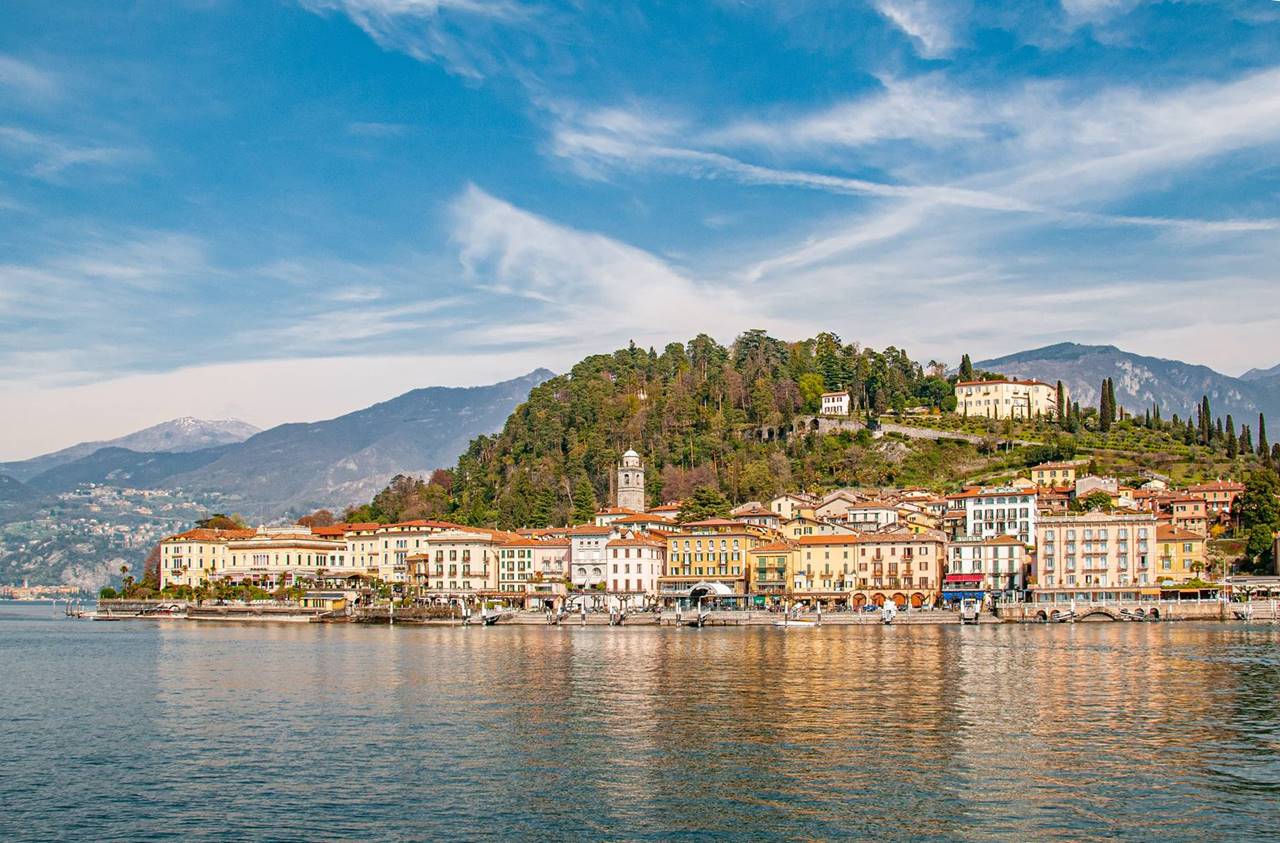 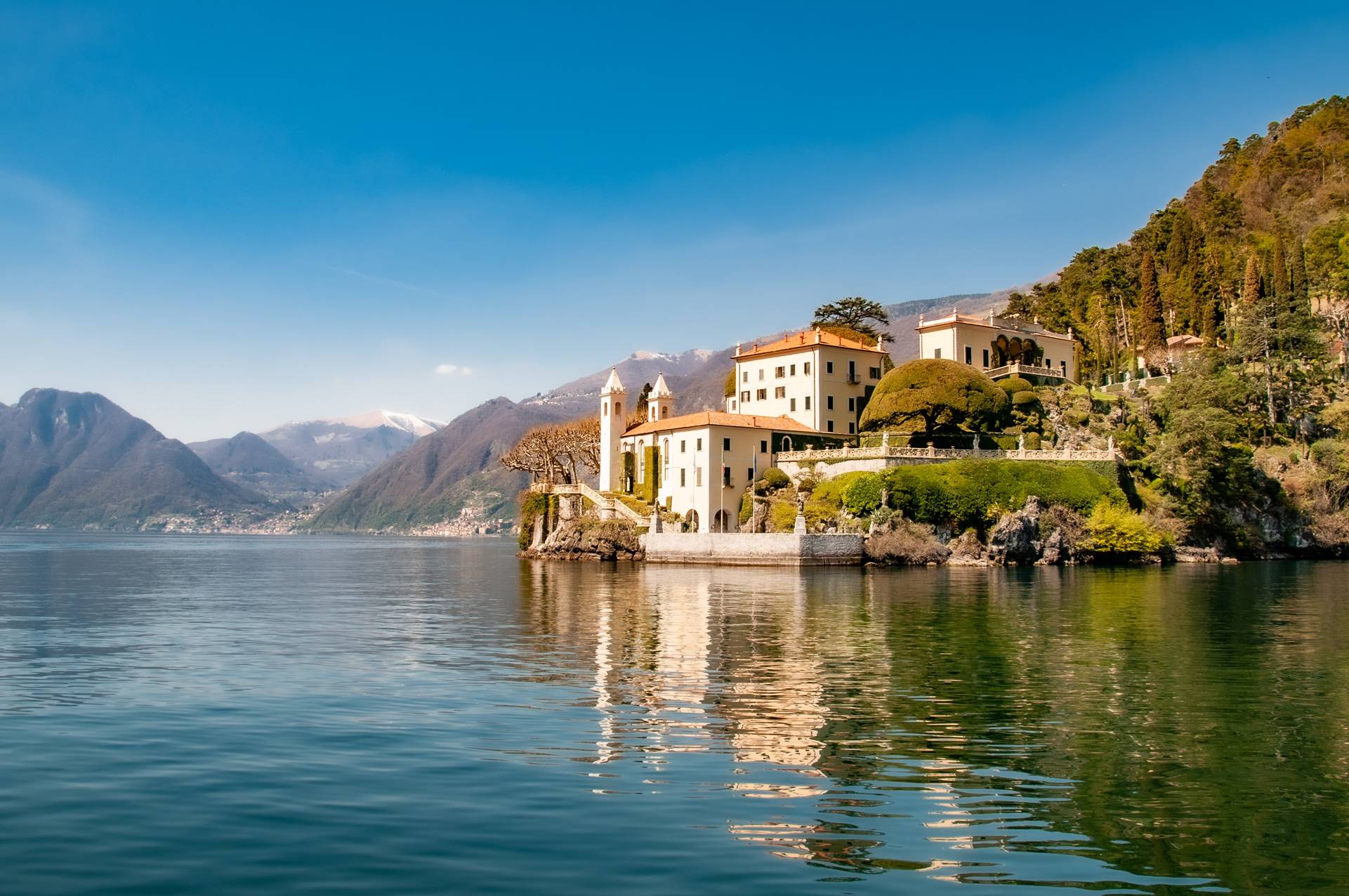